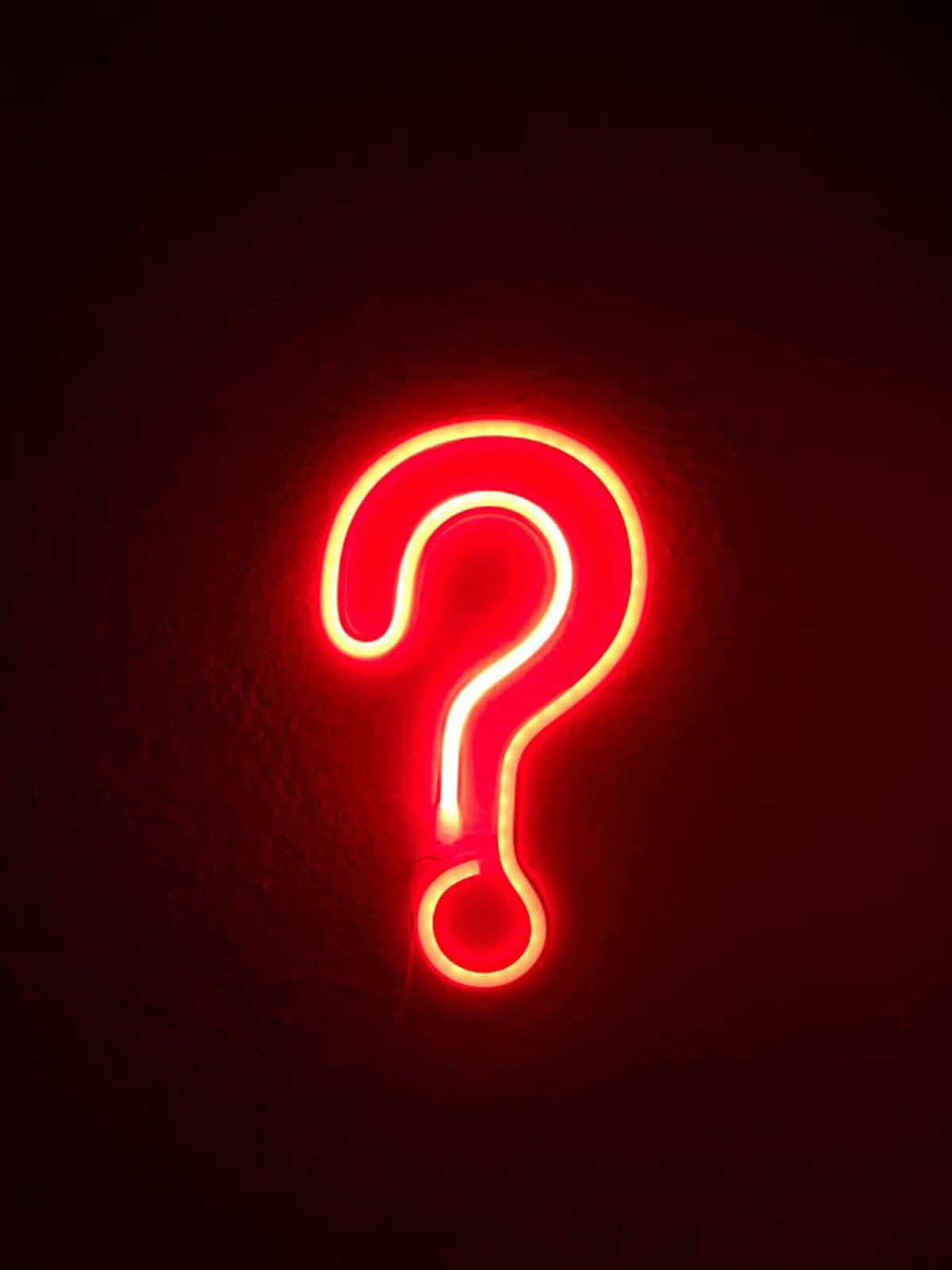 What do Poles expect from weather forecasts?

The survey of Poles’ expectations regarding weather forecasts, carried out this year in May, was the first such extensive analysis for many years. The Institute asked anonymously for answers to 21 questions.

Recent weeks and the tragic events in Western Europe have shown how fundamental climate and weather are. The ability to obtain reliable information, correctly interpret forecasts and read signs in nature are becoming indispensable features of modern society. That is why we are glad that, as IMGW-PIB, we have conducted the first such extensive research in Poland on the knowledge of Polish women and Poles about weather phenomena, climate change, forecasts and natural hazards.

Are Poles interested in weather forecasts? It is difficult to answer this question directly. However, we certainly have many fans of atmospheric phenomena that have significant meteorological and hydrological knowledge. The study clearly shows that we are interested in what happens now, tomorrow, what can happen in summer or winter, understand climate change, and know what we can do to reduce our negative impact on the environment. This is discussed today in the analysis of the IMGW-PIB Internet Survey 2021.

Who took part in the study?

The vast majority of respondents were men – 77%, less than a quarter of women – 23%. Most of the respondents were aged 36-50 and 51-65 – 74%, compared to 26% in other age groups. The division by the residence was interesting: 33% were residents of the largest cities, followed by inhabitants of the village – 26%. Masovian voivodeship was the most numerous – 29%, followed by Malopolskie, Silesian, Greater Poland, and Lower Silesian voivodeships. The number of respondents was significantly less in other voivodeships.

In the morning, in the evening, before the trip, or perhaps at all?

The first question that the study participants had to face was the frequency of checking the forecast. More than half, 55%, responded that they checked the forecast several times a day, 24% once a day – which is a positive result, especially in the context of climate change and the increasing incidence of sudden weather phenomena. The fact that forecasts are checked on an ongoing basis is particularly welcome. Such an answer was given by as many as 85% of the respondents! 5% check forecasts in the evening and 10% in the morning.

The next question was to indicate whether we plan our activities, the way we travel, or simply choosing clothes depending on weather conditions. In this case, the pragmatism of Poles is pleased too. 82% of respondents analyze the weather for travel or leisure. So let’s check the forecasts and plan our activities so that both our loved ones and we feel just safe.

We ask for specifics

IMGW-PIB asked which of the institute products are of greatest interest for Poles – each respondent could indicate up to 4 items. The most popular are: short-range forecast (17%), detailed nowcasting forecast (16%), nowcasting situation (15%), and radar images (10%).

It confirms the internal analyzes of the Institute, which has focused on improving and making widely available this product group for years. Such information most often goes to the media and social media. IMGW-PIB weather application for mobile devices also includes these elements.

The next group of forecasts that we are most interested in are: meteorological warnings, 2 weeks long-term forecast, analyzes and detectors maps (all 8% each), followed by long-term forecasts, satellite images, and air pollution.

We are slightly less interested in hydrological products, although flooding, inundation, and floods are essential issues in particular regions of Poland. However, please note that the study asked for four main topics. Thus, the low positions in the statistics for products in the area of hydrology, biometeorology, marine meteorology, and agriculture do not indicate a lack of interest in these forecasts. Rather, they point to the fact that Poles use all products, and their choice is dictated by the place of residence and individual needs. As the majority of the survey participants were residents of large agglomerations, this clearly affected the lack of interest in agricultural and maritime forecasts.

Where from, what, why?

In the following question, IMGW-PIB asked what sources of weather information we use most often. 47% of Poles use dedicated websites such as the meteo.imgw.pl platform, which is also responsive and adapted to their mobile devices. 29% use the application on a phone or tablet, 18% watch TV and listen to the radio, and 2% benefit from the social network.

79% of respondents are most interested in precipitation, air temperature, wind, and thunderstorms. Less essential for us are the sensible temperature, atmospheric pressure, water stage and temperature, and biometeorological conditions – a total of 20%.

In another question, IMGW-PIB wanted to check how the recipients understand the message and whether we should use professional terminology in our messages. The responses were found to be balanced but with an indication of the use of everyday language. 56% of respondents would like the following terms to be applied in long-term forecasts: hot, cold, dry, rainy, with snow, no frost, specific rainy days. 28% indicated the answer “with regard to the standard or average values.”

We are mostly responsible

More than half of people (54%) practicing sports regularly check the weather forecast, 25% do so sometimes. Surprisingly, up to 21% of respondents do not look for weather information before physical activity. We urge you to use weather applications or services and not expose yourself to various types of weather-related hazards.

Another question, “When you hear in the forecasts about snowfall, heat, heavy rain, violent storms, drought, flood, do you try to follow the next messages?” showed how aware and responsible we are. 95% of people replied that they were tracking information about hazardous weather. It is an excellent result, and it is very positive for us.

“Are you afraid of climate change and would like to know more about the climate in Poland and around the world?” – 60% of people answered yes, but up to 39% said they did not or did not care at all. These proportions should be different. We all need to take action, starting with ourselves (saving energy, water, using other means of communication) so that environmental degradation does not occur as fast as it is now. Let us remember that climate change causes an increase in the frequency and intensity of extreme weather phenomena that we have to face almost every time on Earth.

Another question, “Do you know what you can do to reduce the negative impact of climate change on human life?” was fairly general, but it was intended to indicate whether people who care about the planet know what to do. 88% of the survey participants know or want to find out, and only 12% remain passive. It’s a good sign. Particularly since we learned from the next question that 83% of Poles are interested in broadly understood meteorology. IMGW-PIB recommends everyone to read the popular science magazine “Observer,” where we raise many significant issues related to the climate (obserwator.imgw.pl).

Further questions were related to our safety: “Do you know about the risk of flood or drought in your area of residence?” – 70% answered yes; “Do you know where to get the above information?” – 80% of respondents confirmed that they knew where to look for relevant messages and knowledge; “Whether the issued warnings (hydrological/meteorological) or possibly other IMGW-PIB products have an impact on your everyday life (dropping away from travel, physical activity, etc.)?” – 75% of people try to minimize the risk, but the other 25% replied that they follow the plans regardless of the weather. We urge you to analyze forecasts and warnings on an ongoing basis and be responsible – for your and others’ safety.

Another question was related to IMGW-PIB communication with recipients via push or text messages (SMS): “Do you receive alerts in the form of text messages on your mobile, and if not, would you like to receive them?” The vast majority of respondents are interested in them – 81% receive text messages or want to receive them, but as many as 19% do not have such a need.

The last question focused on the name of IMGW-PIB and the knowledge of respondents about the Institute’s activities. Almost 90% of people answered that they could decipher the IMGW abbreviation and indicate the Institute’s tasks. However, there is a group of Poles who do not know about it. “It is another challenge for us to let everyone know about our role and start using our weather services. However, these negative answers are somewhat permissive, as each participant had to consult our websites or news services to participate in the survey. We do not give up and we will do everything to ensure Poles understand what the IMGW-PIB is and what tasks are performed by the Institute of Meteorology and Water Management – National Research Institute. We are forecasters and provide the best information and knowledge on meteorology and hydrology. We want to thank everyone for participating in the survey. We will draw conclusions and be even better”. – commented Grzegorz Walijewski, spokesman for the IMGW-PIB. 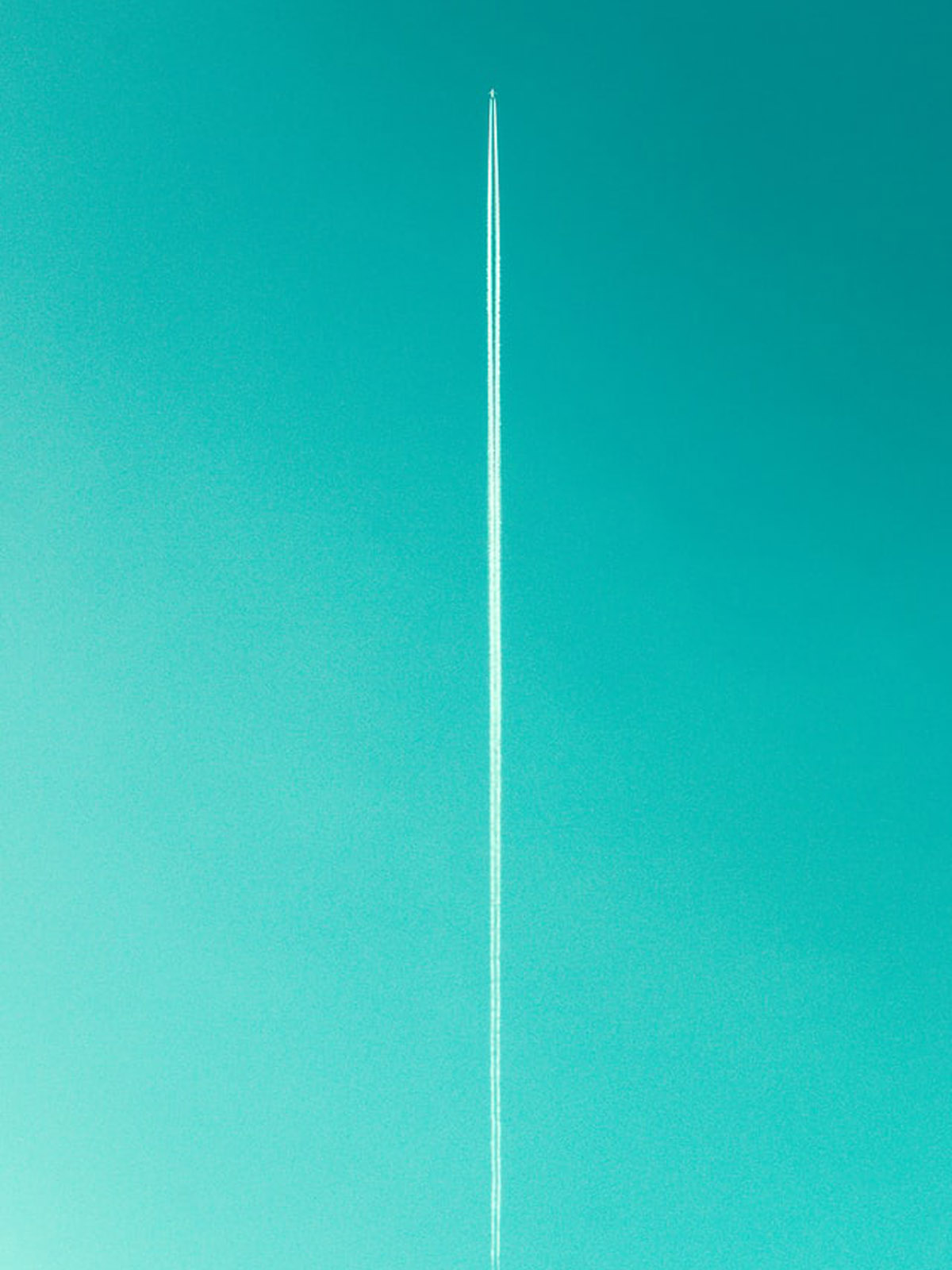 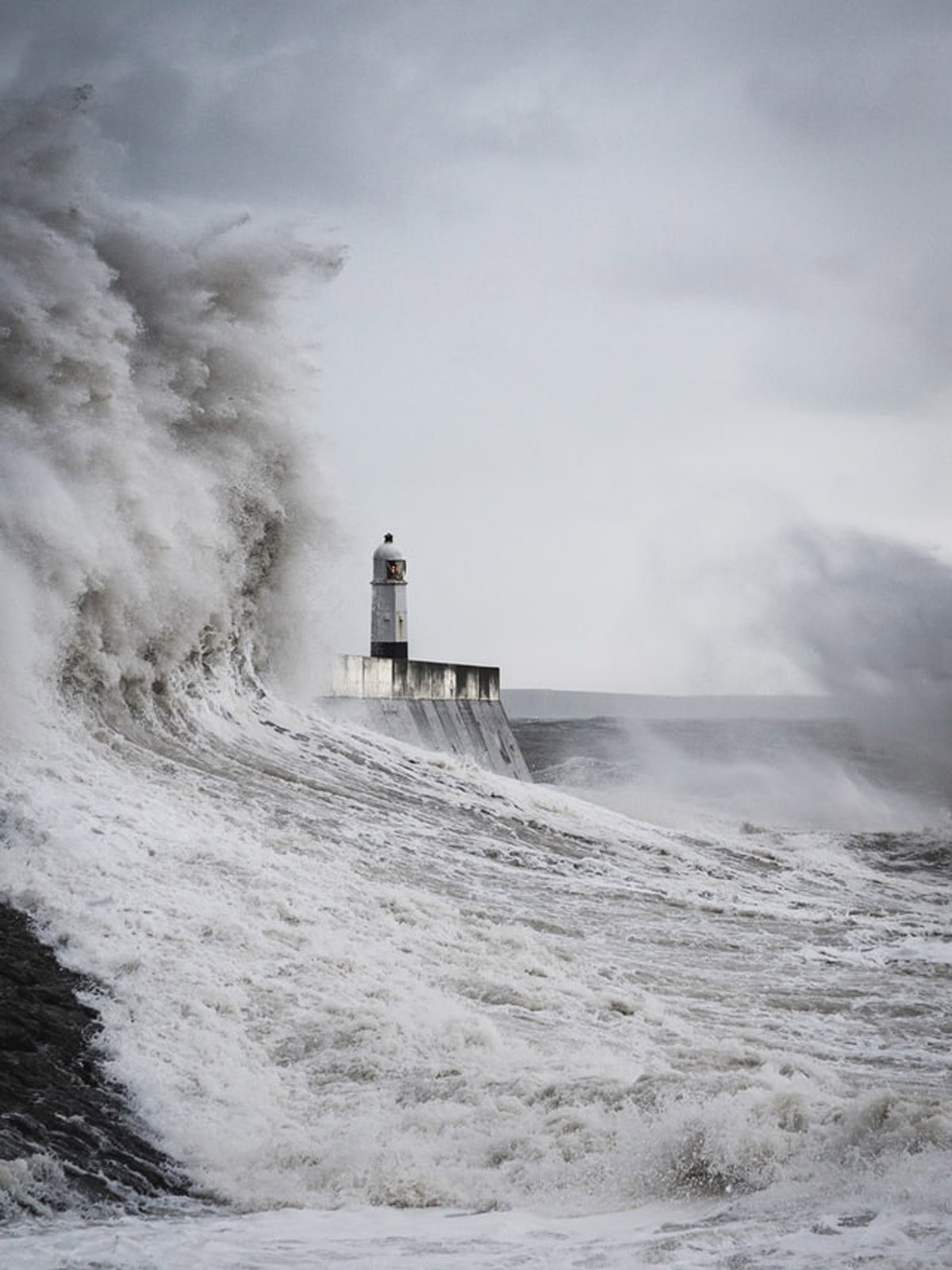 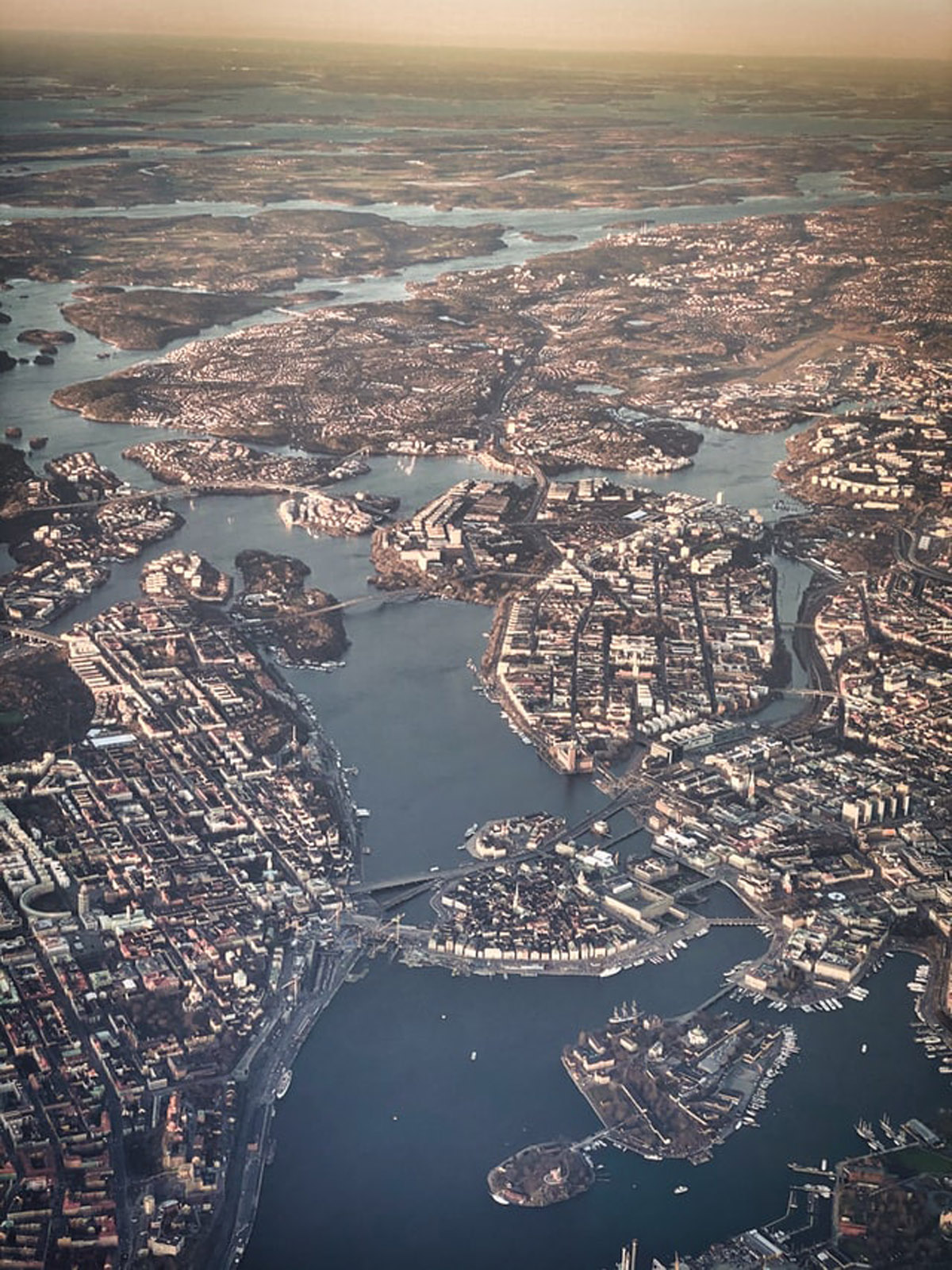 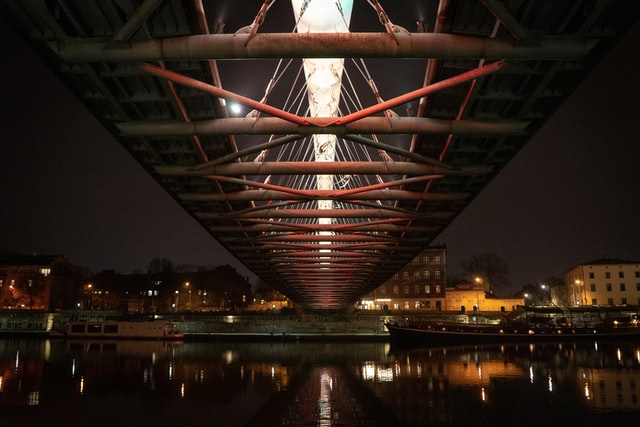 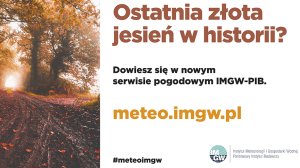